Drones, or UAVs are tools that can provide a lot of data, here we produced a small colourised height map of the immediate area for a castle ruin in Shopshire, as well as a short video.

The impressive ruins of Hopton Castle lie to the west of the town of Craven Arms in South Shropshire. It was subject to a siege in 1644, and left in a state of ruin from at least the 18th century. However, in 2007, work was started to consolidate the site and provide access, eventually opening the site for the public in 2011.

Details of the Hopton Castle Preservation Trust can be found here.

The Trust kindly gave us permission to fly in the castle environs, and produce a short aerial video. We also took the time to test out some mapping software to produce a small ‘map’ of the immediate surroundings of the castle.
All imaging taken with a DJI drone in early 2018 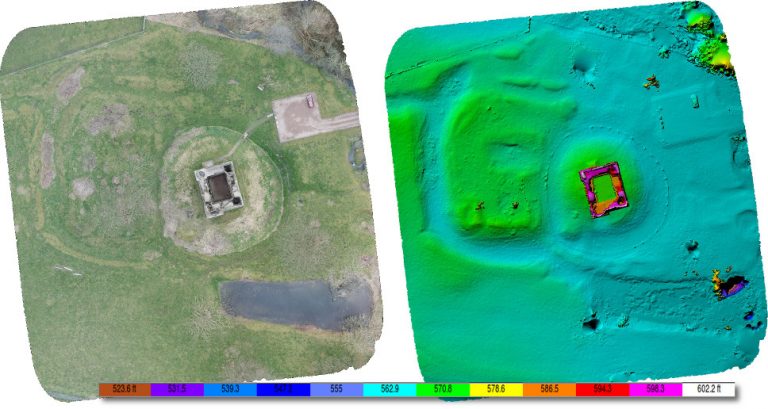 A stitched image of the area of the whole flight, converted to a colourised DEM image displaying the respective heights of the area