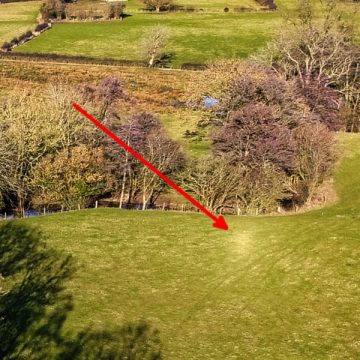 Why is there a bright spot on my drone photos and videos? Occasionally, when photos and videos are taken from drones, you can see quite a bright spot, normally when the sun is behind the camera and very bright.Here’s an example of such a scenario, a photo taken in the South Shropshire countryside, early in February. You can clearly see the ‘bright spot’ arrowed on the right hand side of the image. Drone photo showing a ‘white spot’ in bright … Read More 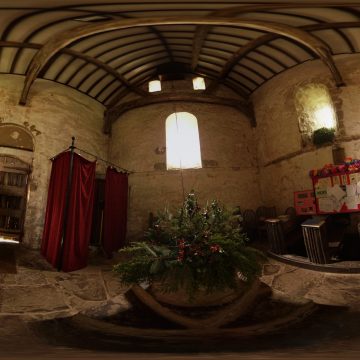 360 degree panoramas and ‘virtual tours’ now available. From the1st February 2020, ClearSkyImaging are pleased to be able to offer clients 360 degree panoramas and 360 degree virtual ‘tours’. These can be a wonderful way to display organisations’ properties, events, locations and surroundings on their websites to provide visitors with an interactive tour of their facilities. Virtual tours have been hugely important during the Coronavirus pandemic, and are sure to be very popular for a vast range of businesses and … Read More

A short video we produced from one of our drones, featuring Flounders Folly, a 19th century folly overlooking Corvedale. On top of Callow Hill, in South Shropshire, just to the East of Craven Arms, stands Flounders Folly. Built in 1838, it was restored in 2004. At 16 feet square, and 80 feet high, it is a landmark for miles around. After gaining permission from the Founders Folly Trust, we took the opportunity of a break in the freezing January weather … Read More