A short video we produced from one of our drones, featuring Flounders Folly, a 19th century folly overlooking Corvedale.

On top of Callow Hill, in South Shropshire, just to the East of Craven Arms, stands Flounders Folly. Built in 1838, it was restored in 2004. At 16 feet square, and 80 feet high, it is a landmark for miles around.
After gaining permission from the Founders Folly Trust, we took the opportunity of a break in the freezing January weather to ascend to the summit of Callow Hill complete with our Mavic Pro drone.
Although the sun was very bright, and low in the late afternoon, I did manage to take a few raw video streams, to produce this short video:

As well as a few aerial images: 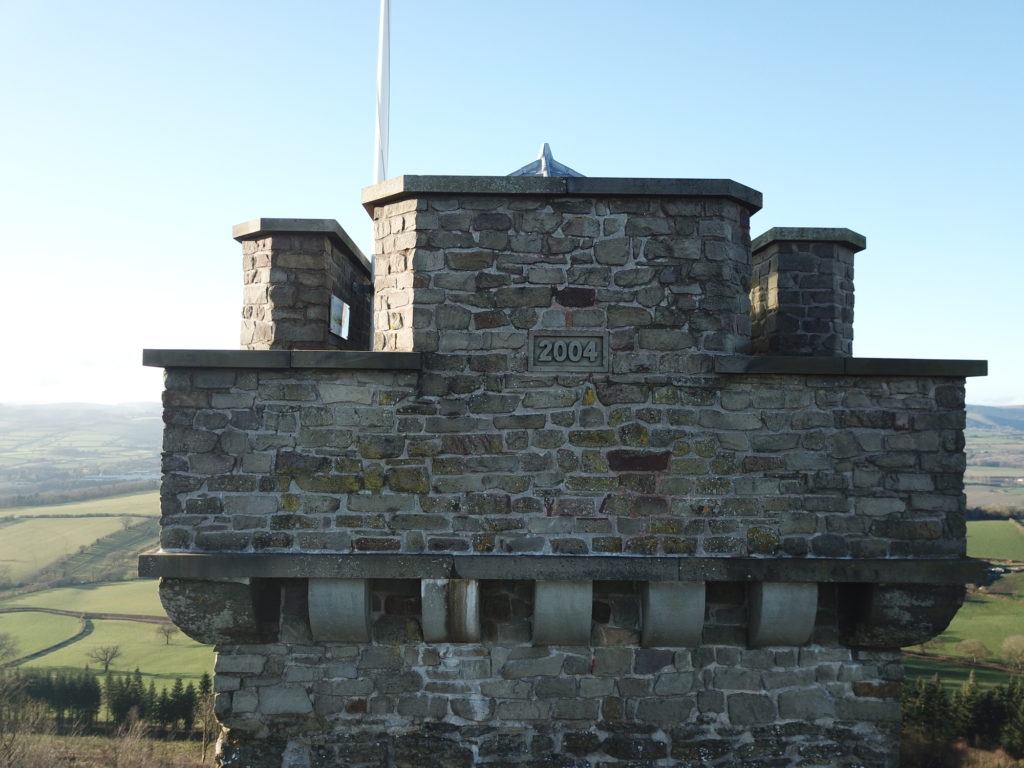 The top of Flounders Folly via drone.

Flounders Folly by drone from the south.

I hope to be able to revisit soon, when the sun is not quite so low, and the foliage in the surrounding area has made things look slightly less wintery!

We are available to undertake aerial imaging, photography, video,, or a combination, throughout the Midlands and Mid Wales for a variety of needs.

If you have a requirement for any drone (UAV) aerial imaging, please feel free to contact us, we will be happy to discuss your requirements.